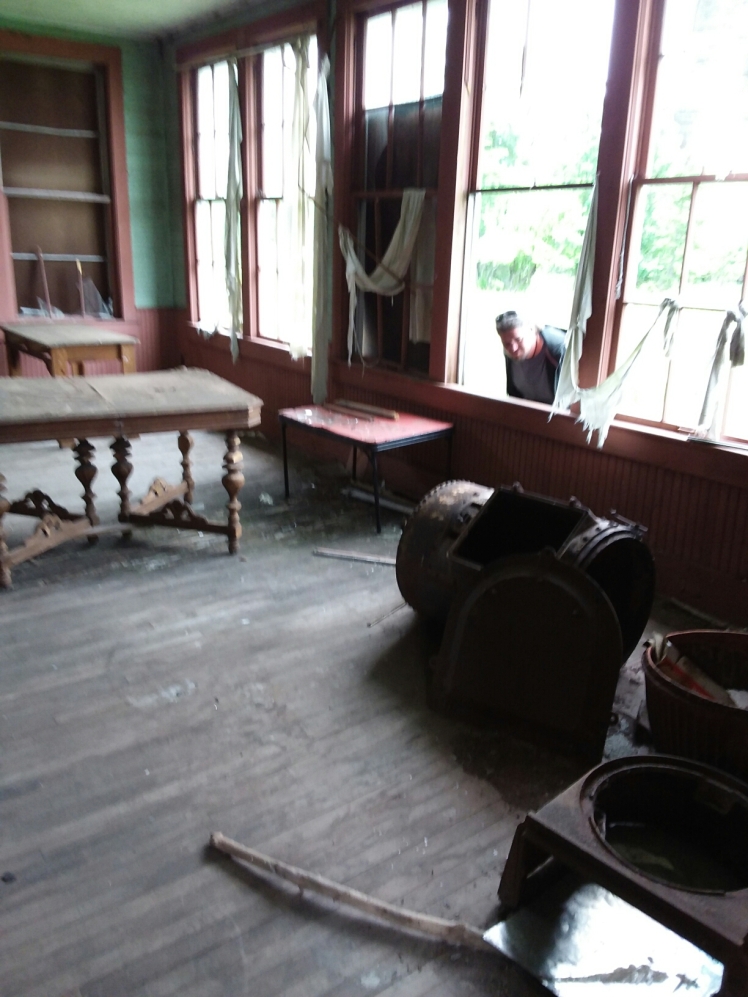 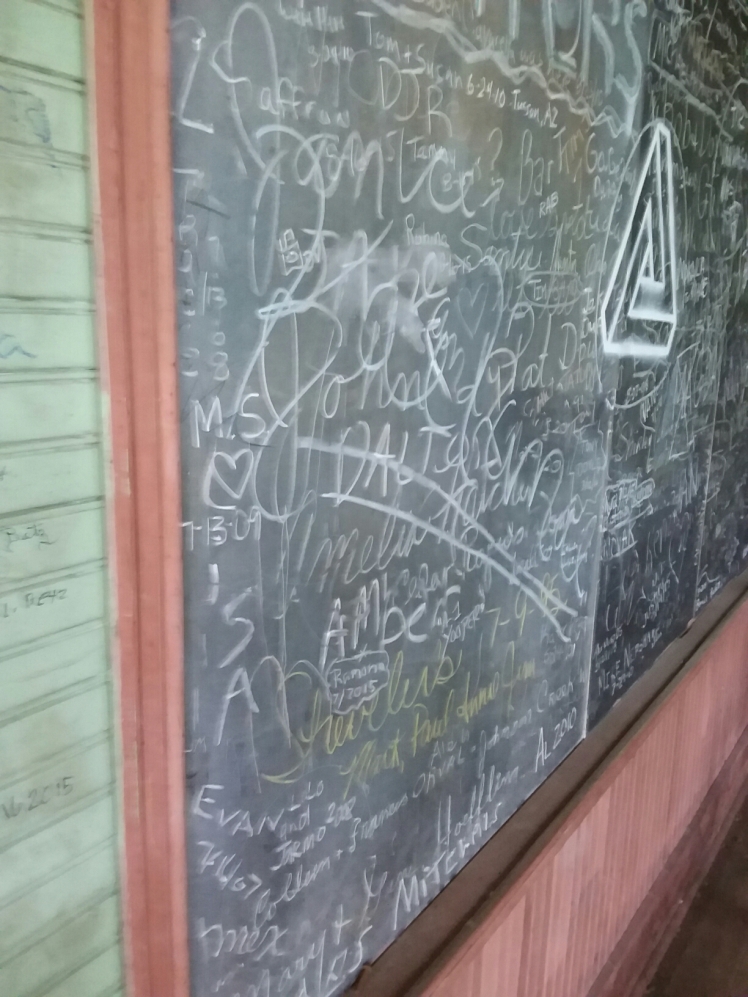 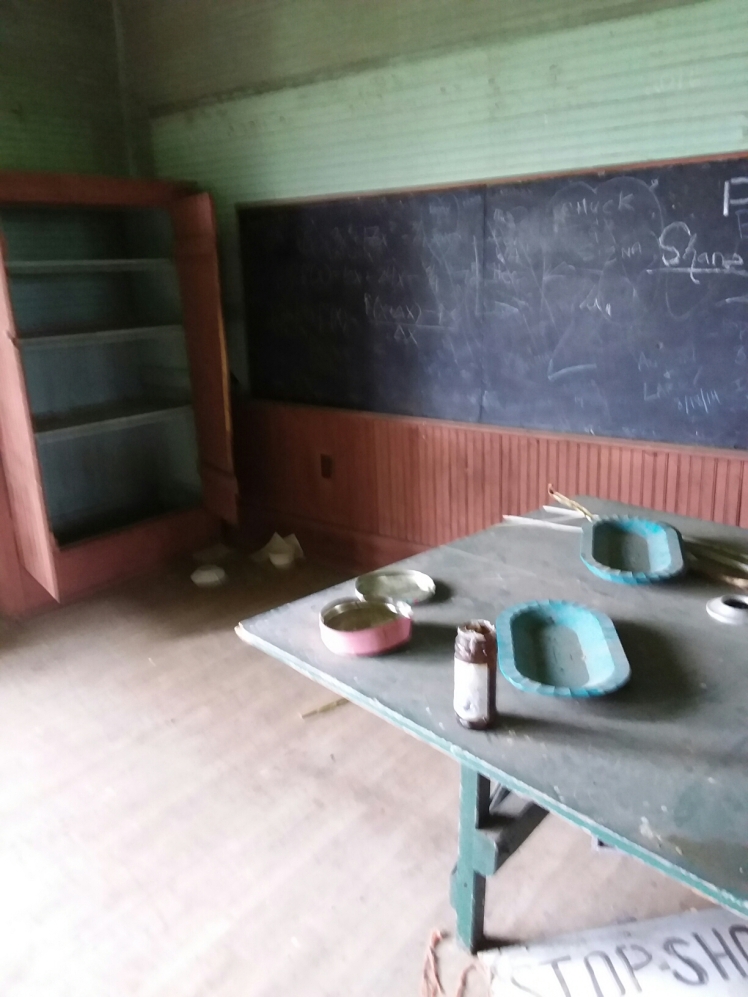 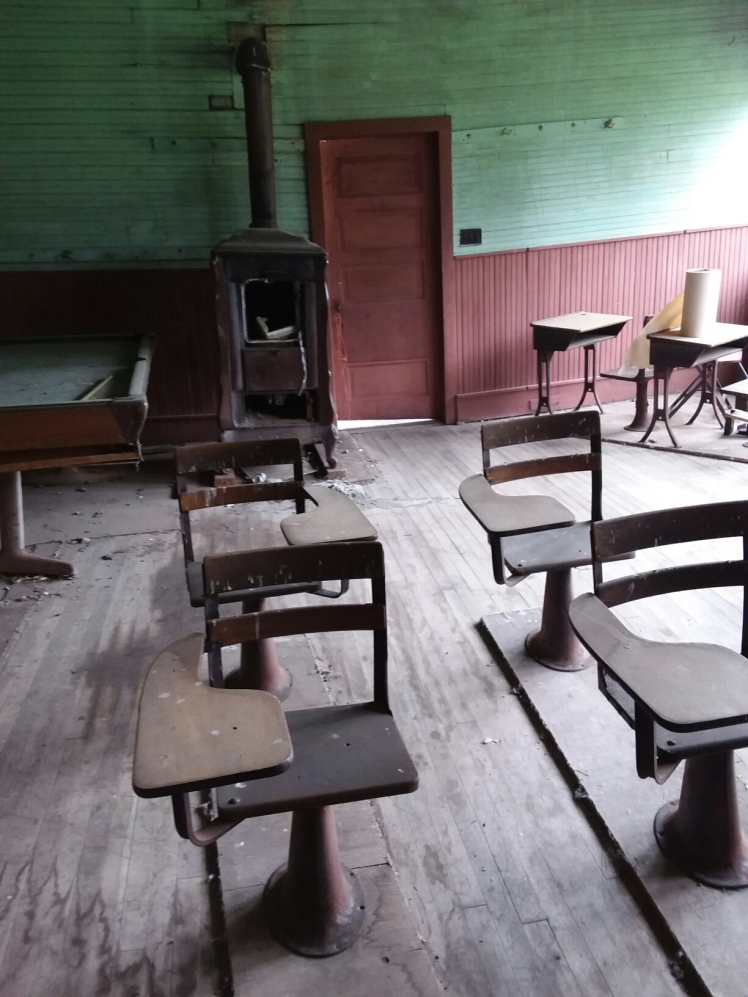 I am amazed by all the buildings and homesteads of the Past. I have made a point to stop at some as the curiosity gets the best of me.
Here is one such building that is in between Brule River and Port Wing, Wisconsin. I had never seen a merry go round like this. We had only been here for five minutes when the care taker had stopped by to clip some weeds. She walked us through the building and talked of the dances this school held.
Here is one of the classrooms, unfortunately after snapping this picture I was told that these set of desks were not original, but close enough.
The old piano that you see, is original and it still held a tune even though there was sadness that it no longer had the ivory keys, only the wood remained.

This chalkboard is a reminder of the people who have visited this old building. As I stood looking at the old school, It reminds me somewhat of the old school house I had lived in, back in my youth. As I sat chatting with the care taker, it wasn’t hard not to hear the sadness of not being able to fix the old building up before soon, it will be just rubble.

4 thoughts on “Buildings of the Past”