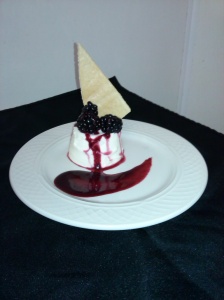 I opened my eyes to a very thin looking man staring down at me. He was wearing a orange shirt and pants and had black hair and brown eyes, He spoke again and asked”you working?” I was a little confused by this and said “what”? He asked again if I was working. I said ” I will be, when I get back home”. My mistake as I had no idea what he meant til he said”twenty dolla’s,five minute”.  I couldn’t believe what I was hearing. I said ” Are you crazy, get away from me”. Again he said “twenty dolla’s for five minute”. I told him a few choice words then and he quickly left.

Couldn’t believe this was happening to me, or is it really a bad dream in which I couldn’t wake up from.

People were coming in and out of the station then, and some were getting on their bus to get to their destination and I was hoping that there was going to be a ticket waiting at the counter for me. I stood up slowly as I was a little stiff from sleeping on the bench. I walked into the station and checked to see if there was a ticket and there wasn’t. I was hurt by my mother not coming through for me. I freshened up and again I went back out to the bench and sat and sat, met alot of nice people who were passing through.

It was later morning by the time I met another person. She had shared her story of owning a shop in Cyprus, California for a couple of years until she found out she had cancer and had to close her shop to get treatment and now that she was cancer free wanted to try and ger her shop back. She finally introduced herself  as Sherry. She was trying to find a ride back to Cyprus and stay at the shop til she could find a apartment. She asked if Iwanted a place to crash, at first I had said no, then she hung out with me a bit more til a cab came, she said ” you can just stay at the shop for a while, Then I can have the cab bring you back to the station later”. I had told her no, that I a ticket should be coming in at anytime. She talked with the cab driver for a bit and told me to go in and see if the ticket was in yet, In which I did. I came back out and I shook my head to let her no, that nothing came in.

I went and sat down on the bench and Sherry continued to chat with the cab driver. Sherry came and sat for a few minutes then she said that if I went with her that everything would be ok and that I could could stay with her and get cleaned up, then she would make sure I got back to this station.

I was so very tired at this point anyways, that I gave in and got my bag and got in the cab.

The ride to this place she was talking about was a half hour away. As we drove up to this little mall looking place, she had the driver of the cab stop at a house that was right off of the place and said she was getting the keys. I stayed in the car. She came out a short time later and told me to get out of the cab and to follow her, when we had got to a glass door she said she was happy that no one has tried to break in. Finally she unlocked the door and led me inside. It was dark and smelled of pee. I was getting more nervous now. She threw her bags on top of a counter and told me to do the same.

My gut feelings were telling me to go back to the station. Sherry interrupted my thoughts and told me to look for some blankets in the barrel that was near by and to lay down a bit. I was very hesitant, I didn’t feel right being here. To get her to shut up I did lay down and slept for a half hour when she told me that we needed to find food.

Sherry and I walked for a block when she went into this little restaurant and came out with a tray with a sandwich and fries and soda. She asked me if I was hungry and I said yes, then she told me that I needed to brg for my food, in which I have never done so before. I told her that and she said “If your hungry, then you will do it”. The thought in  my head was it couldn’t get any worse. I never should have thought those words. As I write this, I still shake as it was a nightmare no one should ever have to go through. Stay tuned for Pg 4.